Who wants to have something yummy and healthy in the baby’s plate? Absolutely as a parent, we all want to have this. Unfortunately, sometimes we don’t get more and have to adjust a few things; meanwhile for the baby’s food. “Can babies have cinnamon” is a helpful page that you are going to explore!

Few ingredients are highly considerable for baby’s food. By using them we can make such kind of delicious baby food. Yes, here I am about CINNAMON (The ultimate food ingredient which is easy to get.)

Cinnamon is an herbal ingredient that is used for many purposes including food. It looks reddish + brownish in color. It is a tree bark that comes from a Cinnamon tree. In spite of food, it has been medically used for many decades. We know this bark as a spice; further, there are many types of cinnamon trees and all are belonging from one (Lauraceae family.)

Is It Safe to Give Cinnamon to Babies?

Making a portion of healthy baby food is such a challenging task for all mothers. Most of the time we avoid to use any type of spices in baby foods but Cinnamon is used. Mainly it is admitted that cinnamon is a safe food ingredient that should be included in the baby’s diet after six months of age.

Some people say that it increases the high risk of allergy for both kids and adults but luckily it is not true. It is all about texture, quantity, and quality. A large amount of cinnamon in baby food can disturb stomach, skin and possibly infects mouth.

Even sometimes it may cause for the bleeding, but you don’t worry. We cannot leave fly by fear of fall so; cinnamon should not leave for having any kind of doubt.

A pinch of cinnamon will not hurt your baby’s health but it will make you’re his/her food tasty.

After getting all these facts in mind if still, someone notifies his baby allergic by having cinnamon then never get late to consult your pediatrician. 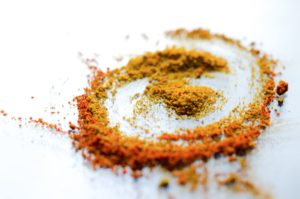 Most mothers would like to add some cinnamon in solid foods that they start in the initial months. It is only why because a pinch (quantity) of cinnamon is definitely safe for babies in their foods. The majority of babies can easily knob it well and rarely get any problem.

Once again I would like to clear that quantity matters so; never add a lot of cinnamon in your baby’s food. Babies may have severe Diarrhoea and allergies by having cinnamon in high amounts.

How can introduce cinnamon to my baby? 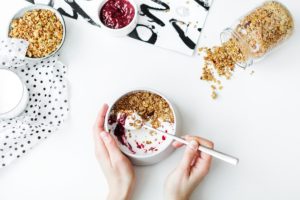 Surely cinnamon is a multi-purposed spice that his highly adaptable. We use cinnamon in a variety of dishes and baby foods. It is tasteful and boosts the baby’s energy. Make sure from start to end you just have to sprinkle on any type of baby food. Let have some baby foods in which cinnamon can be added.

Make sure your baby has good health. All the above baby foods are highly admirable with this nutrient spice. Not only these but you may any kind of your baby’s food and can add cinnamon easily.

Safety measures to keep in mind:

I always say precautions are always better than cry! though it would be better to see some safety measures before giving cinnamon to a baby.

When to stop burping a baby | essential knowledge that…

Is popcorn hard to digest | For both kids and…

Baby can you focus on me | responsive kids

Our blog is all about babies and parent ships; on which you may have a bundle of guide articles and info articles in different categories.

Please consider supporting us by disabling your ad blocker